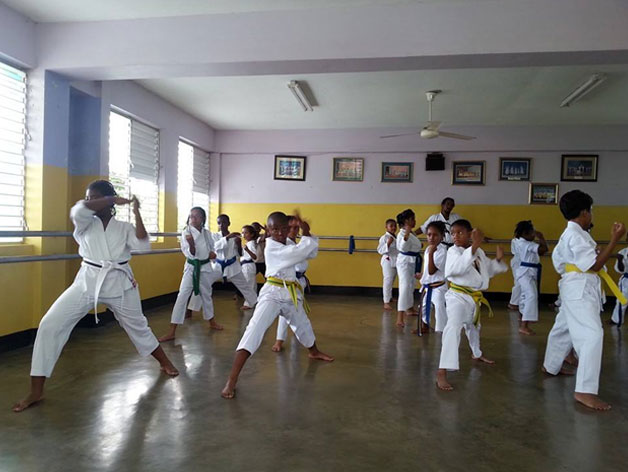 Drum roll........ The champions of the 2014 Martial Arts Competition is Vaz Preparatory School. The team was also placed second in the Team Kata. The Competition was held on November 29, 2014 at the UTEC Auditorium. Well done team and Instructors Shihan Keith and Sensei Peter.

Our Netball Team was placed second in the Inter-Prep Netball Competition held on December 4, 2014. Our girls did extremely well to reach the finals and to place second was truly great.

Our Football Team received the trophy for placing first in the zone in the recently held Inter-Prep Football Competition. Well done team.

Four students participated in the 2014 Freshhh Scholastic Chess Championship - prep school edition in the under 6, 8, 10 & 12 categories. The boys did very well with two of them Christopher Lyn - Under 12 and Alexander Bloomfield - Under 8 missing a medal by 1/2 a point

We are extremely proud of our students. Honest labour always bears a lovely face.